An Oyster Champion in Virginia 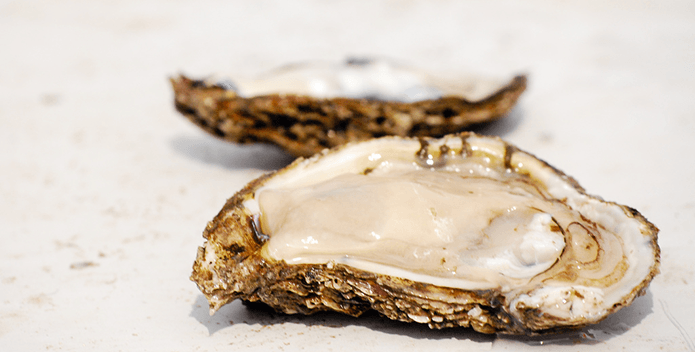 Two oysters on the half shell.

Brennan Lane is fascinated by oysters, and he's got an encyclopedic knowledge of the iconic bivalve. In fact, the eighth-grader at Midlothian Middle School near Richmond has launched a campaign to officially recognize the importance of oysters in Virginia. Brennan wrote elected officials for support, which led to a meeting with Virginia Senator Glen Sturtevant—who then sponsored a bill to designate oysters as Virginia's "first food." Brennan had never worked with legislators before, but he learned a lot by experience this General Assembly session. He even spoke in favor of the oyster bill in front of a Senate committee—just take a look at his remarks below.

You may think that I am here to seek recognition because this is a multimillion-dollar industry that is a gateway to tourism in the Commonwealth. You may think that I am here because the oysters grown and harvested around our great Commonwealth can boast of at least eight delicious flavors based on where they are grown, more than the number of flavors in a roll of lifesaver candies. You might also think that I support this bill because oyster farming is the most rapidly growing part of Virginia aquaculture. These statements are all true. But more importantly, I am here to promote the Crassostrea virginica as a "First Food" of Virginia so that everyone can marvel at a history that spans the very existence of the Commonwealth. 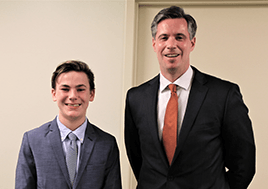 First, the Crassostrea virginica fed indigenous people and modern people alike as a vital source of protein. When John Smith and the other members of the Virginia Company of London made it to our shores in the midst of the worst drought in 800 years, one food absolutely thrived in those briny, drought-affected waters, and that was the oyster. In fact, some of the members of the Virginia Company of London were sent downriver from Jamestown to Kecoughtan to live off oyster beds for weeks due to scarce resources.

Virginia's oysters and the oysters of the Chesapeake became celebrated, with bills of sale showing oysters bought by the bushel at places like Mount Vernon and Monticello, revealing that our Founding Fathers enjoyed the bounty of oysters from the Chesapeake. In fact, the oysters of the Bay became so prized that they sparked oyster wars and produced oyster pirates, and patrols. Meanwhile oyster shells were embedded and became interwoven into the literal fabric of Virginia society in our roads and byways.

Disastrously, by the mid-20th century, harvesting of the Virginia oyster had declined dramatically due to parasites, poachers, pollution and the introduction of non-native species. At this point, the Virginia oystermen and women and the Virginia scientists and marine biologists could have legitimately waved a white flag in surrender, but instead they worked with cultured spat so that the oyster industry could survive and thrive. And let's not forget that oysters can lead to cleaner waters with a single oyster capable of filtering up to 50 gallons of water a day! They also provide critical "live bottom" habitat for fish, crabs, and other life in the Chesapeake on the three-dimensional reefs that they build over time.

So you see, oysters have a tale to tell about Virginia. An official acknowledgment of this proud story would lead to more Virginians—and especially students—learning about the oyster industry and Virginia's Oyster Trail.

The fact is, oysters have been around for every major event in Virginia history, sort of like the Forrest Gump of foods. They were around in the Paleolithic period and on the plates of presidents. The resilience of the Virginia oyster industry represents the resilience and prosperity of Virginia herself. A recognition for the Crassostrea virginica pays homage to all that history and the fortunes of the future. Let's recognize the Crassostrea virginica as the "First Food of Virginia."

While the oyster bill overwhelmingly passed the Virginia Senate, it was not voted on in the House of Delegates this year. That unfortunately means it will not become law this session. But Brennan is already strategizing for next year. His first foray into advocacy has made him even more eager to work with legislators to make sure oysters get the recognition they deserve.