The largest and at one-time most productive estuary in the United States, the Chesapeake Bay is an integral part of our natural and national history.

Home to more than 17 million people and 3,600 species of plants and animals, the Chesapeake Bay watershed is truly an extraordinary place. Stretching across six states and the District of Columbia, the Bay watershed never ceases to amaze with its rich history, vital economic importance, and astounding beauty. Below are just a sampling of some of the impressive facts and numbers about our wondrous watershed. (read more) 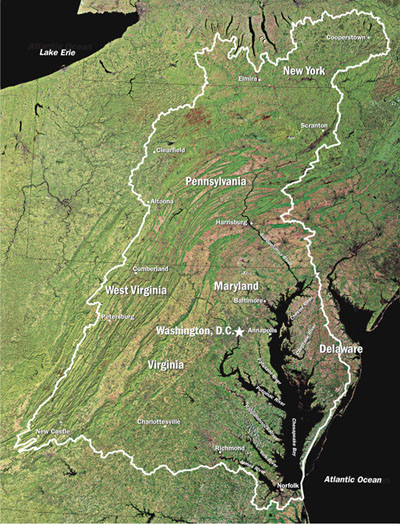 The Bay and the rivers and streams that feed it make up an impressive watershed, which: