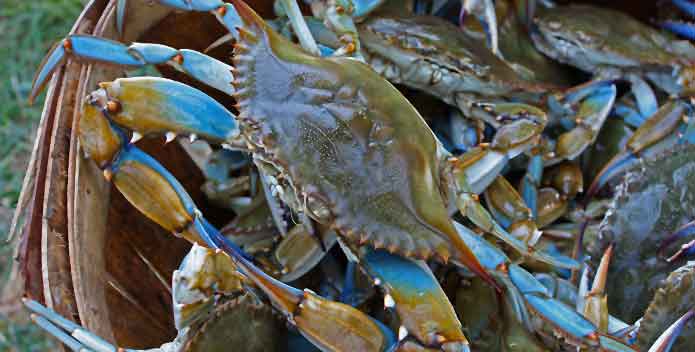 After plummeting to a near-record low in 2007, blue crab populations in the Bay have nearly tripled thanks to restrictions on catching females.

In programs across the watershed, CBF is restoring native oysters, planting underwater grasses, and planting trees and stream buffers to restore the Bay's natural filters.

In the four centuries since the explorations of Captain John Smith, the Chesapeake Bay has lost half of its forested shoreline, more than half its wetlands, nearly 80 percent of its underwater grasses, and more than 98 percent of its oysters. Across the watershed, approximately 1.7 million acres of once-untouched land were developed by 1950. Development has accelerated dramatically since then, with an additional 2.7 million acres built on or paved over between 1950 and 1980.

The human pressure of these changes has imposed heavy negative impacts on the health and resilience of the Bay. Although we will never return to the pristine territory explored by Captain John Smith during those early voyages, CBF is fighting to return this fragile ecosystem to balance.